The Next Four Years: What does it mean for Corporate Citizenship?

An Open Letter from our CEO

On Tuesday, November 3, 2020, at 6:30 p.m. Eastern Standard Time, I opened my laptop and set up tabs for six different news outlets. Then, in what I imagine to be perfect synchronicity with hundreds of thousands of people in America and around the world, I spent the next 8 hours clicking from one tab to the next, counting, calculating, waiting, texting. When I finally fell asleep, I spent the night dreaming lines from Wendell Berry’s poem, framed on my wall, “When despair for the world grows in me and I wake in the night at the least sound in fear of what my life and my children’s lives may be…”

It’s not that I think the U.S. Presidential election is a life or death issue. We’ve been through 58 Presidential elections in the history of the United States and 45 Presidents and the country is still here. Except for the 13,000 Cherokees, Choctaws, Chickasaws, Creeks, and Seminoles who died on the Trail of Tears, after President Andrew Jackson confiscated their land and property between 1830 and 1850. And except for the 3,500 people killed in Barack Obama’s drone program, at least 324 of whom were civilians. And except for the 1.4 million transgender Americans who were erased by Donald Trump’s HHS which defined sex as either male or female, unchangeable, and determined by birth. (In August 2020, Trump was blocked from removing transgender protections.)

So, maybe I do think the election is a life or death issue. The U.S. President is afforded enormous influence over the day to day lives of individuals in America and around the world. If you’re questioning whether or not this is true, I’ve been there. I recently suggested to a friend – a Black American – that I’m not sure my life was significantly affected by previous administrations. He said, “The less you feel that influence, the more privileged you probably are.” During this election cycle, the truth of my friend’s gentle chiding showed up on my social media feed in full force as BIPOC and LGBTQ friends expressed their frustration at the phrase, “No matter who wins….” The future of their lives and their children’s lives rest on who wins.

So, here I am. Here we are. Two weeks later with the election results decided and no end to the chaos at the White House. And now, the phrase “no matter who wins” comes to mind in a new way. No matter who wins, we are in a global health crisis that puts the economy at risk. People are exhausted and afraid. No matter who wins, 2020 gave rise to a racial justice revolution, decades in the making. People are looking to leaders and loved ones for guidance. No matter who wins, forests are burning, and the oceans are warming. So, what do we do? Will the next four years really be any different than the last?

Most of my friends say no. No, we won’t see a change. No, things are not going to get any better. I see things a little differently, but it’s not because I’m more of an idealist – or more of a realist – than they are. It’s because every day I work with people who work in companies that are, however imperfectly, doing everything they can to use the privilege, power, and resources of their positions for good. I’m thinking of a woman I work with at a major pharmaceutical company who left her prestigious law career so she could be truer to her own sense of purpose – by taking a position that invites employees at the company to be truer to their sense of purpose, too. I’m thinking of a man I work with at a tech behemoth who can’t imagine working anywhere else because he’s constantly pushed by top executives to think bigger in order to answer the question, “How can we move the needle on social impact?” I’m thinking of the President of a corporate foundation who urges non-profits to ask for what they’re worth and weeps when the redwoods in California burn. I’m thinking of an out executive at a manufacturing company who has smashed through glass ceiling after glass ceiling, blazing a trail for the LGBTQ employees who watch and wait, believing – some for the very first time – that the same path may be possible for them. These people, my friends, and many others like them work for large companies – “the man” – but inside their chests they carry hearts that ache deeply for the state of humanity. They are fighters; committed to driving social movements, speaking truth to power, and inviting their leaders and colleagues all over the world to show up in local communities to listen and learn and be changed. This is why I believe the next four years will be different. And the four after that even more so.

In the last four years, four global issues have become increasingly urgent: mental health, social justice, climate change, and the economy. The next four years will bring these issues into focus in a new way – a way that requires us, as corporate citizenship practitioners, to proactively integrate them into new programs and refresh the way they’re represented in existing initiatives.

Mental Health: COVID-19 will end, but the mental health toll will remain. Prioritizing our own mental health will become more important than ever as we add elements to corporate citizenship programs that invite employees to escape the pressures of work and life and remember what makes it all worth it. If we do the hard work of caring for ourselves, we will have the clarity of mind to offer thoughtful programs that literally save the lives of our colleagues.

Social Justice: As our social media feeds and the sounds of protests in the streets grow quieter, we must take up the cause of our BIPOC and LGBTQ communities and colleagues. Diversity training on its own is not enough. Our job is to dismantle systems of oppression. To do that, we have to listen, learn, challenge our assumptions, and look inward to consider how we – how you and me – are complicit in the problem. Volunteering programs can (and should) provide proactive space to invite this kind of exposure and introspection. 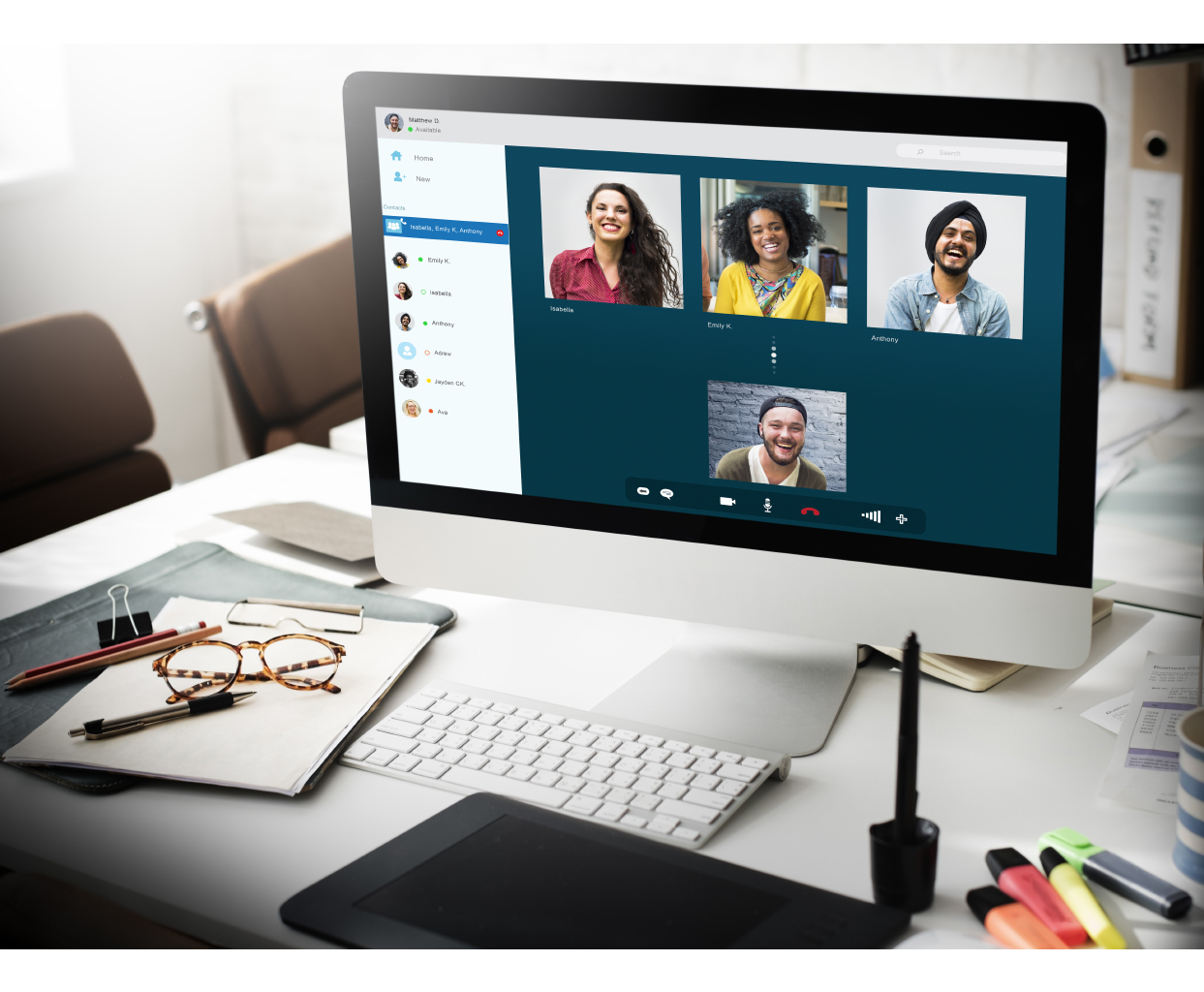 The Push and Pull of Workplace Giving

Climate Change: The next four years will bring climate change back to the forefront of global dialogue. As hurricanes and forest fires and melting ice caps continue to fill our news feeds, tree-planting will not be enough to assuage the fear and uncertainty people feel. Invite sustainability forward. Create space for courageous conversations around the futures we fear. If not at your company, where hundreds of thousands of individuals can literally affect the state of our environment, then where?

The Economy: The second wave of the pandemic has brought with it the second wave of economic fear. One of your colleagues is out for a walk today seeing that the small shop that made it through the first wave has finally closed its doors. That same colleague will hear later that his brother lost his job at a major hotel chain. You can’t save everyone, but you can expect and plan for this white noise of anxiety. Your strategic approach to employee giving and volunteering programs can account for the fact that people need to receive while they give. They need to be given an opportunity to remember their humanity, feel connected to others, and realize their worth.

I’m not saying it won’t be hard. I’m not saying there won’t be defeats. I’m looking at you now, corporate friends. We’ve been through a lot together. I’ve seen your tears and you’ve seen mine. At this strange time at the end of an even stranger year, I want to ask you, implore you, to understand and embrace the great influence of your jobs. You are the gateway through which hundreds of thousands of individual employees pass. On the other side of that gateway, who have those employees become? Your work – your deep attention to the strategy, the support, and the heart that make up your programs – will shape not only the next four years, but the generations who follow, the very generations who are forming future world leaders as we speak.

Realized Worth partners with companies to design strategic frameworks for corporate citizenship programming and train and empower employees to lead within that framework. With 13 years in the field and well over 100 clients, RW is committed to a future where transformative volunteering that drives social movements is the industry standard. Will you call us to learn more? Reach out here and we’ll schedule a time.