“Every company must not only deliver financial performance, but also show how it makes a positive contribution to society.” If Blackrock’s Larry Fink is right, purpose is a key driver for today’s business. The problem with purpose, however, is that it requires authenticity – and who is less known for authenticity than Corporate America and the US Government? The only voice in the corporation that can authentically stand for purpose is the voice of the employee. Explore with us how companies are entering the conversation about corporate citizenship and civic engagement and how you can connect your company’s purpose and values to the activism of employees.

Jump to section: 1. Activists and Suits 2. Social Movements through Employee Activism 3. When does Activism Work? 4. Our Responsibility 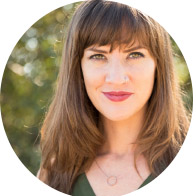 When you think “activist” what public figures come to mind? Martin Luther King Jr.? Gloria Steinem? Cesar Chavez? Bono? Che Guevera? Rosa Parks? As you picture them, how many are wearing suits and ties? One? Business suits and activism rarely stand on the same side of an issue. In fact, it’s a lot easier to conjure images of when they’ve stood staunchly against one another, activists fighting to dismantle the structures of power represented by suits. But, in the words of another great activist, “the times they are a-changin” – and whether or not they’re ready for it, suits are being called to the front lines.

In Larry Fink’s 2018 letter to CEOs, he said purpose is a key driver for today’s business. In fact, he said, “without a sense of purpose, no company, either public or private, can achieve its full potential.” The message isn’t new. Companies like Patagonia, Warby Parker, ClifBar, IDEO, and Google – among many others – have said the same thing from day one and they all have a lot to show for it. But purpose expressed as a value statement is not the same as purpose expressed as a sense of belonging. Purpose stated from the C-Suite is not the same as when employees feel empowered to make purpose statements through their actions. When employees who work in the most obscure corners of the company are standing shoulder to shoulder with top executives to fight for deeply personal causes, that’s where social movements start.

Of course, social movements aren’t a corporation’s responsibility. Are they?

Corporations have the same if not more power than the president of the United States, Congress and the Supreme Court. From payrolling government officials, lobbying for policy change, and paying little to no taxes in various jurisdictions – not to mention dictating the day to day activities of millions of employees across the globe – corporations are in a position of unprecedented privilege. So, whether or not social movements are a company’s responsibility, they’re making them happen anyway. At least a few are choosing to take stock of the situation rather than turn a blind eye.

Social Movement: A group action intended to carry out, resist, or undo a social change.

Google has a history of encouraging employees to voice their opinions. Last Spring, more than 3,000 Google employees signed a petition to the CEO to protest the company’s involvement in a Pentagon program that uses artificial intelligence to improve drone strike targeting. It’s a persuasive letter and it invokes the company’s stated motto, “Don’t be evil,” which is written on the walls of Google’s corporate headquarters. On October 8,Google announced that it was pulling out of the running for the contract. Now Microsoft employees are pushing executives to do the same.

In late 2016, IBM employee activists responded to CEO Ginny Rometty’s open letter to Donald Trump in which she praised the president for his corporate tax break plans and pledged to collaborate with him on areas such as government infrastructure and security.  Employees used Coworker.org, a website designed to help employees organize and launch campaigns to improve their jobs and workplaces, to issue a petition to IBM’s leaders to take clear stands in light of Trump’s policies.

Amazon employees pushed management to stop running ads on Breitbart News after an employee confronted leadership at the company’s March all-hands meeting about advertising on a site that “regularly publishes hateful and bigoted content.” This triggered a public, online grassroots campaign protesting the news outlet and pressuring advertisers to cut their spending on it. The campaign then extended to an internal email chain of emotional messages about the topic, and nearly 600 employees eventually signed a letter addressed to the CEO Head of Business Development denouncing the site. Attached to the email were personal comments from over 50 employees.

“The employee activist should not be underestimated. Identifying and activating employees willing to rise to levels of extraordinary support for their organizations should certainly be an important priority for CEOs”

3. When does Activism Work?

At the executive level, the key is authenticity. Are your CSR initiatives symbolic or substantive?

The way executives lead and communicate CSR initiatives influence how employees interpret the motives behind those initiatives. In particular, perceptions are influenced by whether company motives appear to be symbolic or substantive. “Symbolic, profit-driven, or self-interested attributions relate to motives that are about helping the firm increase its own welfare, whereas substantive, selfless, or benevolent attributions relate to motives that have the ultimate goal of genuinely doing good.” When CSR strategies appear inauthentic, employees becoming increasingly disengaged.

At the employee level, the key is sense of ownership. As IKEA has aptly demonstrated, we value that which we had a hand in building.

It is essential that employees participate in corporate social responsibility design and development.

Despite the fact that employees are virtually indisputably recognized as a key stakeholder, they remain largely absent from the development and implementation of CSR – despite being expected to be active participants in CSR programs after their launch. Research strongly suggests that employee involvement at the outset is an essential element in the design, implementation, and success of CSR interventions.

(1) The “IKEA Effect”: When Labor Leads to Love, Michael I. Norton, Daniel Mochon and Dan Ariely

At an individual level, the key is psychological safety. Does my company provide safe space to risk vulnerability?

With or without our status as employees, we remain individuals who carry with us a broad intersectionality of experiences, identities, and understandings. While we may feel comfortable enough to share our names and where we’re from – and maybe even our preferred gender pronouns – we quickly assess whether or not our whole selves belong at work. Do I feel safe enough to risk making mistakes? To put my opinions out there? To be different than what others expect? The degree to which employees experience psychological safety directly affects productivity, brand loyalty, and affective commitment.

Psychological safety is complicated because it requires empathy. Unfortunately, we do not feel empathy for people with whom we cannot relate. And we cannot relate with people whose experiences we have not shared. To become companies where employees feel safe to bring their whole selves to work, we must first become people who are open to the experience of the other. Corporate volunteering programs provide one of few non-threatening spaces where, when the appropriate sensitivities are taken into account, individuals of all types can gradually break down barriers between “us” and “them.” Breaking down barriers invites vulnerability. Vulnerability invites emotional relatability. And relatability enables empathy.

(1) What Google Learned From Its Quest to Build the Perfect Team, Charles Duhigg

When executives are authentic, employees have a sense of ownership, and individuals share a sense of belonging, companies become places where we achieve more than the shared value of financial performance and positive contribution. They become places where we remember our humanity. When we remember our humanity, we are capable of going beyond donating time and money to singular causes and lobbying governments. Instead, we can trigger social movements and begin to change the way the world operates. In time, with the blood, sweat, tears, and capital of the global workforce, we can eliminate poverty, overhaul global energy use, stop genocide, mandate a global minimum wage and provide comprehensive health care for everyone. We can organize reparations for African Americans and Indigenous Peoples, protect and enfranchise the trans community, people of color and refugees, and we can offer free education to everyone. We can support research on alternative energies. We can raise the status of women. We can invest in sustainable food systems.

One way or the other, corporations are changing the world. Changing it for the better is not “doing good” – it is simply taking responsibility for our culpability.

(2) Are You Ready for the Employee Activist, Sharon Mcintosh

(3) Communicators: Your Next Activist May Be on Your Payroll, Sharon Mcintosh