A client recently sent me a video they’d created and shared internally to show how the company was supporting employee civic engagement. They were really proud of the video for a few reasons, but what struck me was their emphasis on the production not being as “polished” as usual. Due to social distancing measures, there was no scheduled filming, no corporate collared shirts and blazers. It was people in their homes or back yards, hoodies on, earbuds dangling, grainy Zoom video recordings, talking earnestly about why civic engagement matters to them. A deeper level of real than the culture had previously allowed. The new parameters defined by a global pandemic have pushed us to reveal versions of ourselves that don’t fit the standard definition of professional. Why does the lack of polish feel so compelling? In the waves of uncertainty, faced with hard choices, and brought face to face with just how privileged we actually are as knowledge workers – it’s easier to connect with that which is perceived as more “human.”

The narrative of corporate social responsibility (CSR) centers people, centers recognizing one another’s humanity – it focuses on inclusivity, equity, diversity, intersectionality, justice, social impact. Yet, there’s a constant push and pull in my mind when I confront the workings of CSR. There’s a macro lens and a micro lens. The system and the people within the system. We are in an industry that is “trying-to-solve-the-problem-with-the-tools-that-caused-it.” I know I’m not the first to ask: Are we trying to “do good” without a shared definition of what “good” really is? Will we ever succeed at defining the nebulous concept that is “impact?” How do we decolonize ourselves as individuals within a colonized system? I hear the phrase “give back” often, but what does it mean? When there’s a marketplace involved and shareholders to appease, can a corporation – and by extension its employees – truly “give back”?

Busting the myth of the helper

There’s a transactional undertone to the concept of “giving back” in CSR. You give me something, I give you something; I’ve received something from you, I should give back. What Zheng is proposing is a transition toward a different kind of reciprocity, one that is based in relationship and is driven by a vision of justice and equity. The capitalist, colonized system is built on, and indeed relies upon, a dynamic of power over to generate wealth. And it’s not necessary. But to get to a point of power with, so much has to change.

In her book All About Love: New Visions, Bell Hooks boldly steps forward with a definition of love, stating that, by defining it clearly, we can know what love is not. She draws upon psychiatrist M. Scott Peck’s words: “the will to extend one’s self for the purpose of nurturing one’s own or another’s spiritual growth” (p.35.)

In the Nichomachean Ethics, Aristotle defines friendship: “To a friend, however, it is said, you must wish goods for his own sake. If you wish good things in this way, but the same wish is not returned by the other, you would be said to have [only] goodwill for the other. For friendship is said to be reciprocated goodwill” (p. 121.)

I think about these definitions all the time and I wonder: what if we applied these to business? What if we put love and friendship – reciprocal goodwill, extending oneself to nurture the spiritual growth of others – at the center of our strategy? What would it look like? And it’s not like power with is new to business thinking: Mary Parker Follett brought it into management theory in the early 1900s. The principles she offers for workers can extend to the community just as easily. Some of her key principles include: 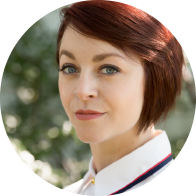 Gender equity isn’t about you – It’s about us

The Push and Pull of Workplace Giving

What is Skills-Based Volunteering?

Follett thought that workers of all levels should integrate to reach the organization’s goals. If conflict arises, there should be a conscious effort to pull instead of push, and to work together as a team. Because each member is doing their part, overall, they’ll be more likely to be content with results.

Rather than establishing a strict hierarchy and delegating power to certain individuals over others, Follett believed that workers should practice co-active power. Powering with their team is better than powering over them; this way, each member feels just as valued as the next.

This is not to say that hierarchy should be eliminated entirely, however. Structure is still crucial, but employees should not feel like they are less valuable than their managers.

Group power should be valued over personal power. Organizations do not exist for one person’s benefit, but rather the entire company of workers. If this selfless mindset prevails, then all workers will feel like they’re on the same team, rather than in competition with each other.

Reciprocity is often forsaken because collaboration is so much more complex than simply deciding what’s right, or what works best for the majority. But a democratic justice has always been a shared truth constructed by a society, and business has an opportunity to be its best – and to be more successful – by reflecting the true needs and identities of our communities.

The answer? They should be one in the same.

Collaboration and a true desire – and clear actions – to fully understand the experiences, struggles, and needs of our communities and our community partners are the first step to finding the true heart of your CSR practice. Start and end with people, with dialogue, with vulnerability and good will. This is what love looks like at work.

Realized Worth helps companies go beyond volunteering to do citizenship better. We work with companies to create impactful citizenship strategies and programs that empower and engage employees, that focus on empathy and inclusivity, and that align with your most important business objectives. Talk to us today to learn more!