A barista calls the cops on two black men waiting for a friend and Starbucks responds with implicit bias training to help employees recognize subconscious racism. Is this response good enough? Information on its own does not change attitudes and behavior. So, what’s the answer? According to neuroscience, we need new neural pathways – and personal experiences are the only thing that can make it happen.

Starbucks’ Problem is Our Problem

By now we’ve all seen the news. Two young men sitting and talking in a Starbucks in Philadelphia, waiting for a friend before ordering coffee. Haven’t you done the same? But in the upscale Center City neighborhood, apparently you can’t be black and not buy. While some of us happily abide by the basic courtesy of waiting for others before ordering, these guys had the cops called on them by the store’s barista. According to a Washington Post article; “Nowhere else in Philadelphia are African Americans more disproportionately stopped by police than in the Center City neighborhood”.

The response was immediate. Starbucks CEO Kevin Johnson issued a statement on Saturday apologizing for the incident. The apology was followed with an announcement that Starbucks will close 8,000 U.S locations on the afternoon of May 29 to provide implicit bias training to 175,000 employees aimed at “preventing discrimination in our stores.” 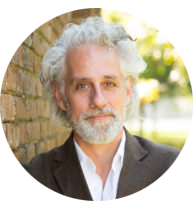 Implicit or unconscious bias “refers to the attitudes or stereotypes that affect our understanding, actions, and decisions in an unconscious manner.  These biases, which encompass both favorable and unfavorable assessments, are activated involuntarily and without an individual’s awareness or intentional control.” Obviously, this immediate and unconscious tendency of human beings to automatically default to stereotypes can lead to situations epitomized in the Starbucks incident.

Implicit bias training has been around in one form or another since the 1960s. The goal of the training is to guide people to understand the concept of implicit bias and how it is expressed in society and our personal lives. Many training programs rely on an implicit bias test to demonstrate the universality of such biases. From there, instructors offer new mental models by which to see and understand the world with practical guidance on tools for employees to consciously address the unconscious reactions we become aware we may be making negative associations based on our bias.

Unconscious or implicit bias training speaks to our conscious awareness and that means it has significant limitations. According to Jack Glaser, professor of public policy at the University of California, Berkeley, “The nature of implicit bias is such that you cannot subjectively experience when it’s influencing you.” In fact, Dr Mahzarin Banaji of Harvard, a researcher who developed the widely used Implicit Association Test (IAT) was “deeply embarrassed” upon seeing the test results as she discovered that she had a pro-White bias (she herself is a dark-skinned female). “I was humbled in a way that few experiences in my life have humbled me” she reported to the Washington Post.

Despite who we are or where we are from we all struggle with our unconscious bias. This is due to the fact that our reactions to those who are dissimilar to us in racial categories or socio-economic standing occurs at a pre-conscious level of assessment in the medial Prefrontal Cortex (mPFC) of the brain.

We see, react, and then process at a conscious level – and this can make matters worse. Research indicates that we are prone to use our “higher brain functions”, our conscious level of awareness, to justify the prejudice we feel automatically.

Implicit Bias Training is Only Half of the Answer

Herein lies the problem. Implicit bias training does not meaningfully influence the part of the brain largely responsible for implicit bias and our instinctive reactions others who we do not consider to be our in-group, our mPFC. In the HBR article Why Diversity Programs Fail the authors Frank Dobbin and Alexandra Kalev conclude, “The positive effects of diversity training rarely last beyond a day or two, and a number of studies suggest that it can activate bias or spark a backlash.”

That’s not to say that we don’t need new information and mental models to interpret the world more accurately and understand the idea of implicit or unconscious bias. Education is a meaningful step in the right direction. However, understanding implicit bias as a concept is not enough to change pre-conscious reactions that determine how people treat others who are dissimilar. The real solution to implicit bias is to address the way our brains work at both conscious unconscious (or preconscious) levels.

Unraveling implicit bias requires literally creating new neural pathways in our brains. This process is known as neuroplasticity whereby the brain’s synaptic connections are constantly being removed or recreated. This is how we learn new behaviors and gain new skills. Here is a fascinating example: The Backwards Brain Bicycle

Experiences where we interact with others against whom we carry unconscious bias is well documented as the only reliable strategy to change attitudes and behaviors in a lasting way.

During World War 2 the Harvard sociologist, Samuel Stouffer found that “whites whose companies had been joined by black platoons showed dramatically lower racial animus and greater willingness to work alongside blacks than those whose companies remained segregated. Stouffer concluded that whites fighting alongside blacks came to see them as soldiers like themselves first and foremost.

The key, for Stouffer, was that whites and blacks had to be working toward a common goal as equals—hundreds of years of close contact during and after slavery hadn’t dampened bias.” Read more here: Why Diversity Programs Fail.

Why does this happen? Experiences with our ‘out-groups’ invite us to humanize the other. Typically this occurs when the situation involving our out-group does not fit our expectation and we experience a ‘disorienting dilemma’. This results in a condition known as cognitive dissonance. We question ourselves in light of the experience and the emotions of the moment and determine that we cannot resolve the dissonance without some change in our views of the world.

Disorienting dilemmas can be as difficult as they sound – even when they’re associated with positive experiences. It’s uncomfortable to discover that the world is not as we thought. This is also why disorienting dilemmas are so important. When we become accustomed to our assumptions – when we allow ourselves to believe that our point of view is the only view – we lose our ability to empathize with others. Consequently, diminished empathy leads humanity to unspeakably dangerous places. In extreme situations, this “failure to spontaneously consider the mind of another person, may be a psychological mechanism facilitating inhumane acts like torture.” (Read the research here)

How do we turn theory into practice? Transformative volunteering

The solution may be more apparent and accessible than meets the eye. Most large companies already have an effective method of addressing implicit bias via employee volunteering programs. Employee volunteering represents opportunities to create nonthreatening space in which to challenge preconceived notions about people and issues that may seem “different.” It enables contact between in-groups and out-groups. When volunteer opportunities are provided appropriately and with respect for the sensitive backgrounds and situations of participants, it becomes possible to eliminate the historically dangerous mindset of us versus them. In nonthreatening contact with out-groups, previously formed conclusions are challenged by interactionns, which soon line up with faces followed by names. This is empathy. And empathy is essential to survival.

Unfortunately, most volunteering is transactional. Transactional volunteering fails to trigger the growth of new synaptic pathways. Companies like Starbucks must adopt a Transformative Approach to volunteering. This model creates space for participants to reach beyond the immediate context and circumstances of themselves and their communities. Instead of simply exchanging time or resources for the reward of feeling like they made a difference, volunteers are guided to consider their potential to become increasingly pro-social human beings with a greater capacity for empathy.

The primary focus of transformative volunteering is the change that occurs in the volunteers themselves. Volunteering programs and activities are designed to invite all participants to “engage in critical reflection on their experiences, which in turn leads to a perspective transformation.” This transformation in an individual’s perspective is necessary to achieve change at the psychological, convictional, and behavioral level.

The Power and Responsibility of the Corporation

Currently, Starbucks has an employee volunteer program with some forward-thinking features such as the ability to invite friends and customers to participate in employee-led events. In order to increase the value of these events and create space for transformation, Starbucks has to offer training specific to organizing and leading events that invite participants to discover their implicit bias – and so can every other company. Companies, for better or worse, are in positions of overwhelming power. If millions of people who work for companies around the world experience transformation through volunteering, we can inoculate the population against objectifying our fellow human beings. And we can avoid shameful encounters like the one witnessed at Starbucks.

How can your company design, manage and measure a transformative approach to employee volunteering? Give us a call – we’ll tell you how to do it and then we’ll offer to help make it happen.

How can you help?

The RW Institute is currently embarking upon the research and development of a new model for Corporate Citizenship that will provide the experiential piece of the equation necessary to successfully address implicit bias in the workplace. If your company is interested in learning how you can participate in this project, please contact chrisjarvis@rw.institute for more information.

Realized Worth is a global agency that specializes in employee volunteer training, transformative volunteer program design, and employee engagement. Want to talk? Shoot us an email. You can reach out to us on Facebook and Twitter, and share this blog using the social media buttons below.