The following is part 1 of a 2-part blog. Click the link at the bottom to see part 2.

A little over a year ago, our team was fortunate enough to travel together to the Dominican Republic on a work retreat. And while we were there, we volunteered. If it sounds like a pretty privileged thing to do, that’s because it is. It was the first time I had participated in any kind of volunteerism outside of North America, and it was the first time I started to understand both the opportunities and the dangers of travel tourism. It was also the first time I started to understand that transformative experience can happen anywhere, and in many kinds of circumstance – it was one of the most striking examples of a volunteering experience resulting in a shift in my understanding and values. What’s interesting is that volunteering is a means to an end in this case. But we’ll get to that.

Being able to travel to faraway places is a profoundly privileged activity that I too often take for granted. After we volunteered in the Dominican Republic, I was reminded of my first foray into travel.

I was 19 the first time I went to a different country. I had finally convinced my parents to let me travel on my own to Ireland and the UK. I had a friend living in Belfast, so I left the salty shores of the east coast of Canada and began my initial explorations abroad.

I had learned about The Troubles in high school, but it was only a passing part of the curriculum. My Irish friends would make occasional reference to it, but there always seemed to be a deep caution around the topic. I was afraid to inquire about something I didn’t understand for fear of offending or hurting others, of saying the wrong thing. So with the clear-eyed naiveté of an entitled young person, I landed in Belfast with no real understanding of its complex history, and no true appreciation for the seemingly ever-present rawness of that history.

“Do you know why we laugh, Kelly? Because if we don’t laugh, we’ll cry.”

I remember being driven from the airport and seeing lots of brick and history. The huge, beautiful Victorian buildings housing the botanical gardens, endless roundabouts (so many roundabouts), driving on the other side of the road. But I also remember barbed wire in places I didn’t expect, and more politically charged graffiti than I’d ever seen (my hometown in rural Nova Scotia isn’t exactly an epicenter of politically charged street art, mind you).

My first night in the city we went out for a group dinner. One of my dinner mates was a police officer who told several stories about witnessing or trying to stop altercations between opposing sides of the religious, political and socioeconomic divide, some of which were quite violent. He told them with a dark humor that made everyone at the table laugh. Except me. When he noticed that I couldn’t, he reached out and lightly touched my arm, kindness and understanding in his face. He said, “Do you know why we laugh, Kelly? Because if we don’t laugh, we’ll cry.” I looked around the table that had suddenly gone very quiet and saw somber nods before someone else made a joke to clear the air.

But that comment, and the thirty seconds of humming electric sadness, intense gravity and tension that I felt afterward felt almost like shock. I had no response; I was not prepared for the hard simplicity of a truth that is what I now understand to be a strong undercurrent in Northern Irish culture. This is an example of a disorienting dilemma. This was the first time in my life that I felt truly small, truly out of my depth. It was only a few minutes, yet it made me fundamentally question my values and my understanding of an issue. I felt this way again after Realized Worth’s volunteer experience in the Dominican Republic, though with a significantly better awareness and understanding of what I was feeling.

I think what we did that day had elements of voluntourism, and I felt the weight of the white savior complex.

One of the first things José of Fundacion Mahatma Ghandi said to us when the team gathered for a onsite brief was, “You are not needed here.” We had come as a group to a community close to where we were staying in Las Terranas, where some of the houses were made from concrete with walls and gates surrounding them; but most of the houses in the community were put together with aluminum siding or from the wood of the ubiquitous palm trees across the island. We had come to paint two of these humble houses. José assured us that anybody could do this job, and that the real goal was to interact with the people in the community, with the homeowners. To try and make connections we may otherwise not have made. The author of this Forbes article on slum tourism touches on it, quoting Fabian Frenzel, a professor at the University of Leicester:

“Slum tourism is happening,” Frenzel began, “people are actually going on three hour tours in flavelas, then many more politically inclined travelers would say ‘That’s horrible, how can you do this? Obviously that’s voyeuristic,’ and so on. [But] if you decide to do this you are at least showing some interest in the fact that there’s inequality, and that is something that, fundamentally, is a good thing in comparison with people who go to Rio and say, ‘I will not look at this,’ even though it’s clearly there.”

I think what we did that day had elements of voluntourism, and I felt the weight of the white savior complex. I felt awful afterward. But we are fortunate to have two team members who speak fluent Spanish (as I certainly do not), and they were able to translate what the home owners were saying to us as we painted and as they walked around the house to check on us, to make sure we had everything we needed, to help us clear away brush. They expressed genuine gratitude for us coming into their community that day and for painting their homes, and I was really pleased to hear this. But the thing that really stuck with me, what really moved me, was when one of our team members got sick and started throwing up at the side of the road. Before we could react, the man whose house we were painting immediately went over with water and squatted down, patting my team member’s back as he was ill. It was to me the most human moment of the day, and the moment that illustrated how simple and easy connection and kindness can be.

As Angela Parker says in her blog, I think it was José’s framing of expectations that helped me walk into that volunteer experience with a clearer understanding of my privilege. That awoke in me the need to question and challenge who I was, and to educate myself so I could better understand the shame I was feeling – not to make it go away, but to understand it, and why I feel it. It was the same feeling I had had on my first trip abroad in Belfast. In this context, volunteering was a mechanism to break down some heretofore unseen psychological biases on my part – my whiteness and my economic privilege, to name a couple. While I don’t agree with many aspects of travel volunteerism, it was clear to me that the impact resulting from this experience came from having had the right leader in place to guide us through it gracefully, with the humility and the understanding of what was really happening. It was someone who had obviously seen the shift I have described, and what it can do to help us reach beyond our economic status, our race, our sexuality, our gender, and our nationality, and to just see and hear one another.

Realized Worth designs and implements corporate volunteer programs. Email us via contact@realizedworth.com or you can reach out to us on Facebook and Twitter. 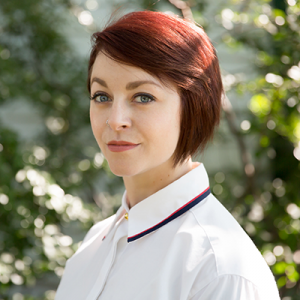